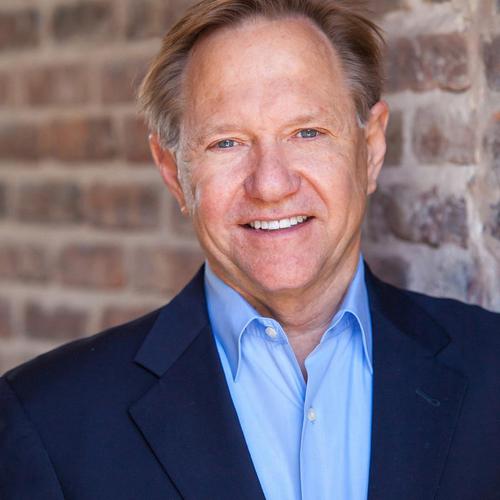 The Calling - Why Healthcare is so special (55 mins)

Quint Studer is a lifelong student of leadership. He is a businessman, a visionary, an entrepreneur, and a mentor to many. He has worked with individuals at all levels of leadership and across a variety of industries to help them become better leaders and create high- performing organizations. Along the way he has discovered and refined many high-impact leadership behaviors and tactics that he is eager to share. Some of the most powerful are found in this book.

He knows leadership is not easy and wants to simplify it for others. He has a gift for translating complex business strategies into simple, doable leader behaviors that allow organizations to achieve long-term success and profitability.

Quint is a teacher at heart. In fact, he began his leadership journey working with special needs children—a job he loved and held for 10 years. He entered the healthcare industry in 1984 as a Community Relations Representative. He then went on to hold leadership positions at Mercy Health System in Wisconsin and Holy Cross Hospital in Chicago, Illinois, where their initiatives in patient care led to their winning Hospitals Magazine’s Great Comeback award. In 1996, he became president of Baptist Hospital in Pensacola, Florida, leading that organization to the top 1 percent of hospitals nationwide in patient and employee satisfaction.

In 2000, after numerous requests by organizations for assistance, Studer Group was formed. Over the years the outcomes firm won multiple awards, including the 2010 Malcolm Baldrige National Quality Award. By the time the firm was sold in 2015, it had 250 employees and had helped more than a thousand healthcare organizations move toward higher performance. Through his work at Studer Group, he served as a role model for hundreds of CEOs and other administrative leaders around the country. During this time, he was honored to receive several accolades for his leadership. Inc. magazine named Studer its Master of Business, making him the only healthcare leader to have ever won this award. Modern Healthcare has chosen him twice as one of the 100 Most Powerful People in Healthcare for his work on institutional healthcare improvement. Modern Healthcare, along with its sister publication Advertising Age, also honored him with the first Healthcare Marketing Visionary IMPACT award in 2014. Around the same time Becker’s Hospital Review recognized him as one of the 40 smartest people in healthcare.

Quint made a lasting contribution to healthcare by connecting patient care to the concept of customer service. Sunrise Hospital and Medical Center Vice President of Patent Experience Cyndi Tierney was quoted as saying that Quint put patient experience “on the map.” In his travels throughout the United States, Quint witnessed significant differences in the vitality of the communities he visited. Some were doing well, and others not as well. His observations on what made the difference—along with research he read on why communities thrive—inspired him to help make his home community Pensacola a haven for small businesses.

In 2015 he sold Studer Group to focus on channeling his passion for leadership into community development. As the founder of Studer Community Institute, he has been integral in revitalizing Pensacola, which has seen 34 percent growth in property values in the past five years and has won several awards for its thriving downtown. He captured this story in his 2018 book Building a Vibrant Community: How Citizen-Powered Change Is Reshaping America.

Most recently, Pensacola won the 2019 Strongest Town Contest hosted by nonprofit organization Strong Towns. The competition is designed to spotlight communities from around the world that are building enduring financial resilience at the local level and

His newest venture is Vibrant Community Partners, a company that coaches communities in building out a blueprint for achieving growth and excellence. The firm focuses on education, downtown development, and economic development, including training for small businesses and civic engagement.

He has spoken to a wide range of audiences across the United States, and is a nationally recognized expert regarding leadership. He is often interviewed by radio and TV shows, as well as magazines and newspapers across the country.

Quint was <span style="color: black;">recognized by Florida Trend for the past three years as a ”living legend” and an influential business leader in the state. </span>He currently serves as Entrepreneur-in-Residence at the University of West Florida, Executive-in- Residence at George Washington University, and Lecturer at Cornell University.

He and his wife, Rishy, are residents of Pensacola, Florida. Passionate about giving back to the community, they share their time and resources with local and national nonprofit organizations.